The Republic of Chile is a country in the western part of South America. It is the southernmost country in the world and the one closest to Antarctica. It occupies a long, narrow strip of land between the Andes to the east and the Pacific Ocean to the west. Chile is known for its active democracy and its long history of civic participation. Also known as one of the world's largest copper producers and a producer of fine wines. 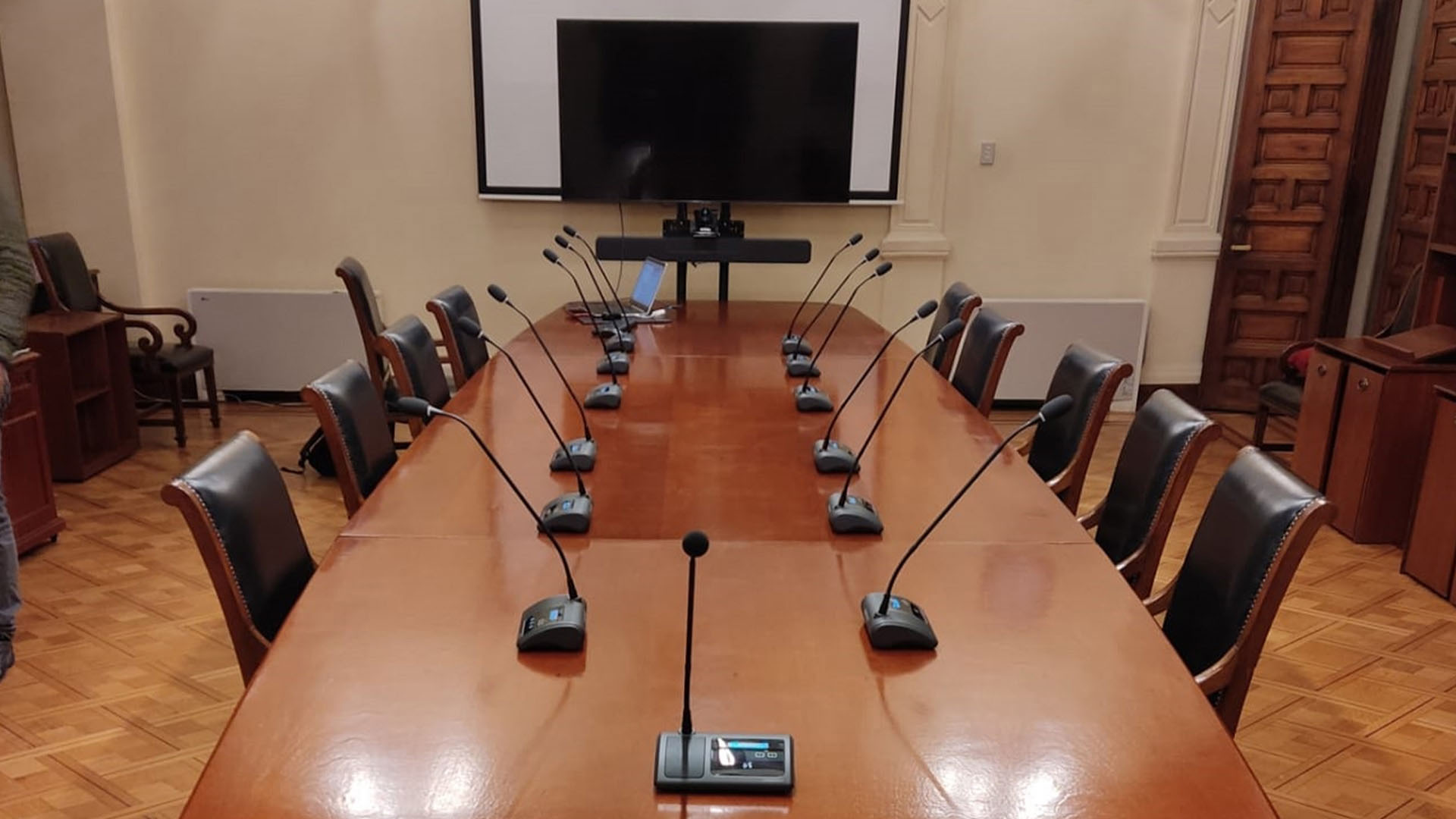 The Constitutional Court is required to update its videoconference system without altering the original environment because it is national heritage. The room´s dimensions and the natural reverberation deteriorated the speech intelligibility with the standard microphones included in the cameras, so the CLEACON V1 WIFI Wireless Conference System was tested, which perfectly adapted to the requirements. 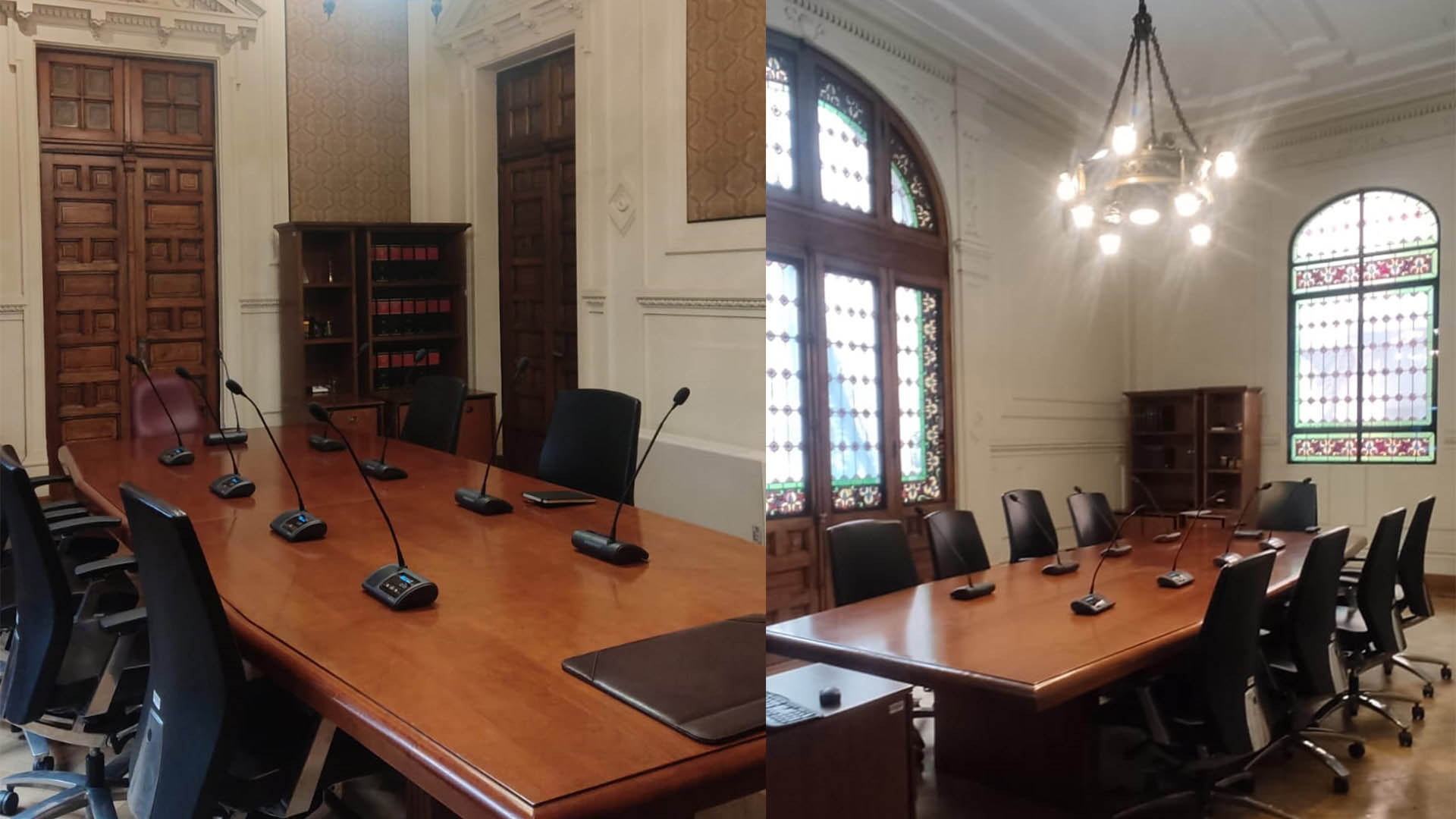 VISSONIC wireless digital discussion unit VIS-WDC-T has been installed and is easy to install and operate. There is no need to wire it or punch holes in the table in advance; just put it on the table, and it's ready to use. It also has removable batteries and can be recharged at any time. The Wireless DSP Conference Processor VIS-DCP2000-W allows the expansion of conference equipment using only one cable. As the Audio Link protocol works with various devices, like cameras and mixers, it can perform extended functions like camera tracking. 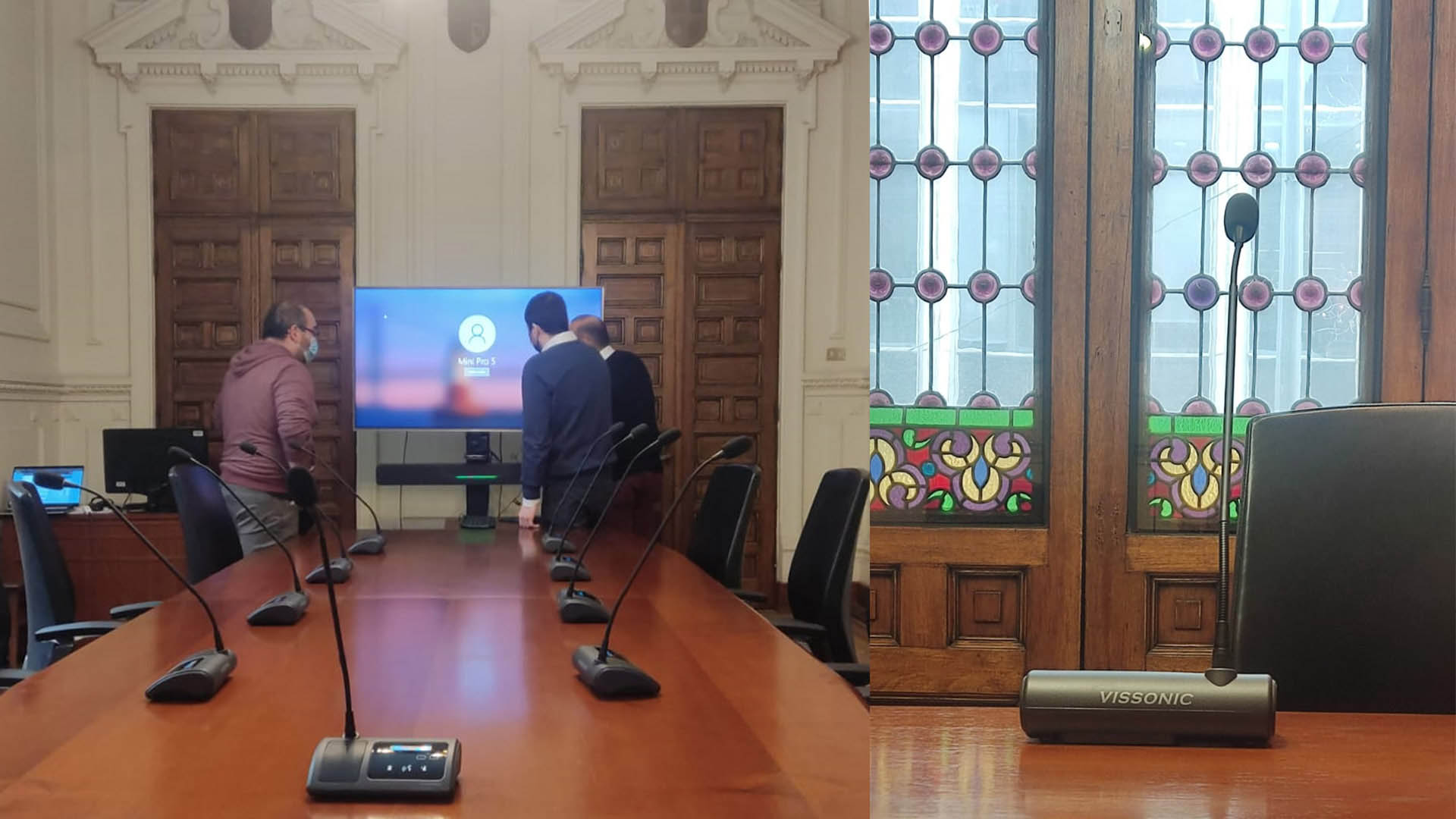 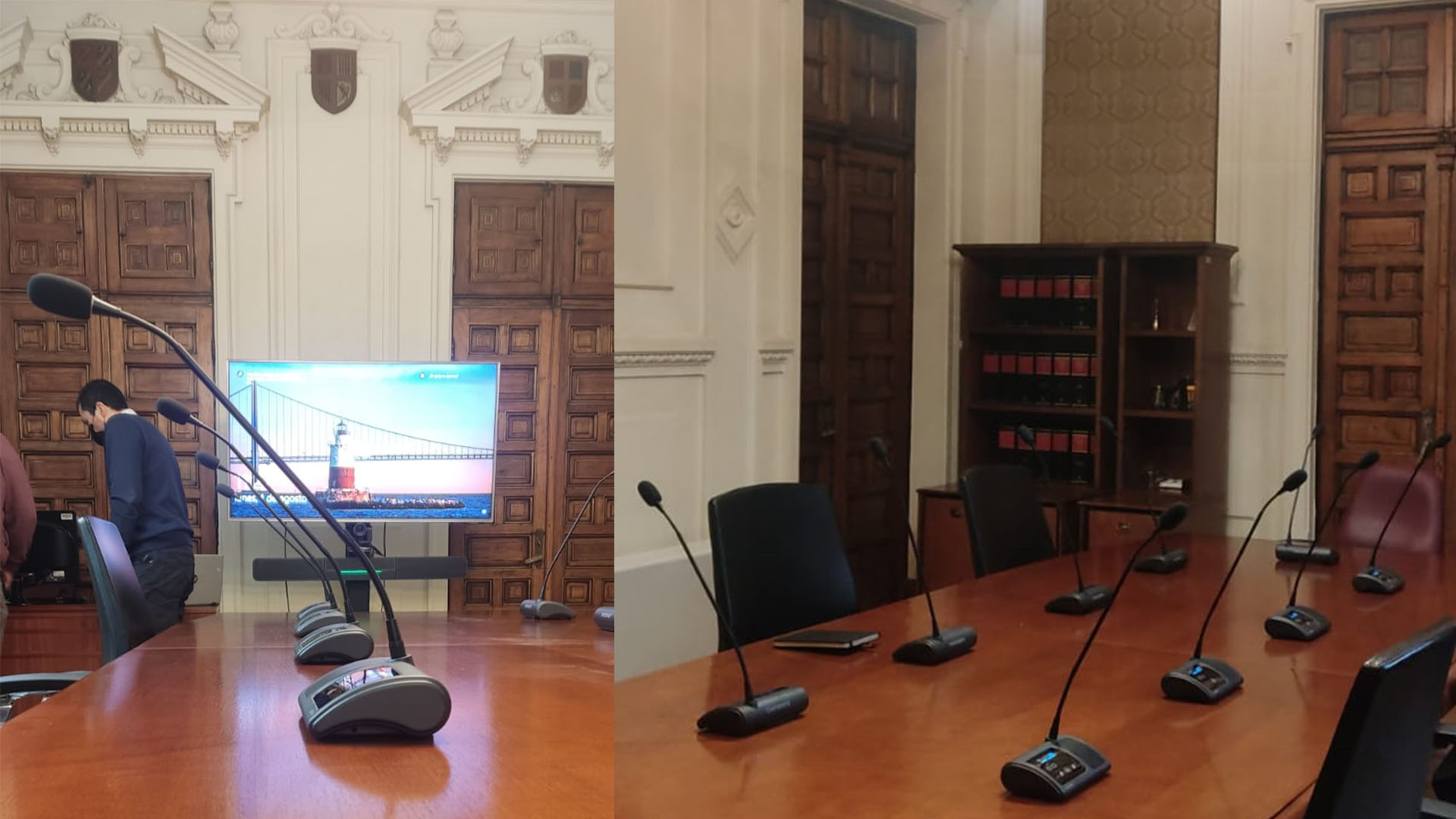 After using the first implemented room for a few months, two more rooms were added, which were perfectly tuned to different Wi-Fi channels to avoid any interference between them. The system is reliable, simple and efficient. The demonstration units were provided by the representative company in Chile, ProAVCom, and the project´s execution was handled by AV engineer Rodrigo Catalán from Novotic company, one of the largest Audio Video and Control integrators in the country. Now the Constitutional Court has an effective videoconference system to improve staff productivity. They expressed high praise for this solution after a period of use and felt reassured by our professional and prompt pre and after-sales service.